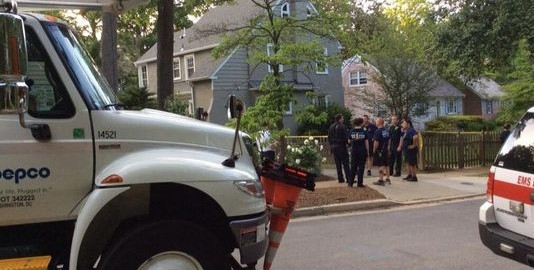 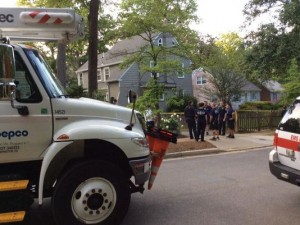 Electricity is something that we all take for granted, yet we often forget just how hazardous it can be, and if not treated with the respect it deserves, electricity can be a killer. Unfortunately, for one family in the town of Chevy Chase, Maryland, that is something that became true only last week.

A middle aged man was pronounced deceased last Saturday after apparently falling victim to electrocution in his very own home in Chevy Chase.
Pete Perringer, who is a spokesman for Montgomery County Fire and Rescue, gave more details about the incident after attending the scene in Oxford Street. According to Perringer, a total of 3 people suffered from electrocution during the incident, with a 40 year old man tragically succumbing to his injuries. In addition to the fatality, there were 2 other victims, a woman and a teenage boy. All 3 of the victims had to be rescued from the crawl space beneath the home.
As details of the tragic incident became clearer, the man who was the most seriously injured was given emergency CPR treatment by an employee of the local Emergency Medical Service, before being rushed to hospital in a critical condition. Both the teenage boy and the woman had both been shocked and were suffering from significant burns, which resulted in them being taken to a nearby specialist burns center. Unfortunately, despite the best efforts of the doctors at the nearby medical facility, the man eventually succumbed to his injuries and was later pronounced dead.
What isn’t clear is why the 3 individuals were in the crawl space in the first place, however, sources close to the family have revealed that the home had recent fallen victim to flooding. It was the neighbors who first raised the alarm after hearing screams and cries coming from the home, and after attending the scene they contacted the emergency services.
This tragic incident has highlighted the importance of electrical safety, and why it is important to maintain the electrical system in your home so that you can avoid incidents like this happening to you and your family.
Avoiding this Incident happening to your Family.
It is vital that people understand the dangers associated with electricity, and if you are concerned that the electrical supply to your home, or appliances in your home maybe putting you and your family at risk, you should contact an electrician as soon as possible.

Do It Yourself Electrical Safety